Last Saturday I had the privilege to perform for the “Notti di Luce” arts festival in Bergamo.

The concert provided not just one, but five singers that embodied the best of the American songbook repertoire.

I opened the concert with an homage to Ella Fitzgerald, performing some of her signature songs such as “A tisket a tasket” and “The very thought of you”.

Next on stage was former Italian opera singer Paola Milzani who payed a tribute to the music of George Gershwin.

Then it was the turn of a singer who is somewhat of a household name in Italy. Paola Folli is best known as one of the vocal coaches on the Italian X Factor. Paola performed arrangements from Natalie Cole’s album “Unforgettable”.

Sarah Jane Morris was next up on stage, stunning the audience with her deep, warm voice and exuberant stage presence.

The band was led by Gabriele Comeglio and consisted mainly of young musicians from the jazz schools in Bergamo and Milan.

This was a truly unforgettable night, and it was a pleasure to share the stage with such talented and inspiring singers. 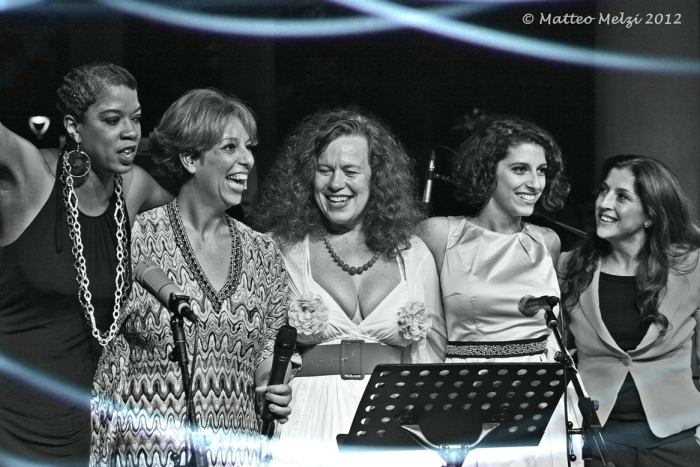